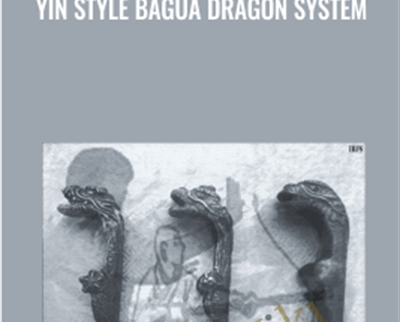 Buy Yin Style Bagua Dragon System – Imperial Power - $13.00 Course at esyGB. You will have immediate access to the digital downloads in your account or your order email.

The YSB Dragon System is underappreciated in today’s kungfu culture, partly because Snake symbolism is often attached to Yin Fu’s personal fighting style. The popularity of the Luohan Penetrating Palms styling in most Yin Style branches is the primary reason for the ‘snake’ characteristics- snakes are a symbol of SPEARS.  The Luohan Penetrating Palm sets cater to instruments such as the short spear. It is worth noting William E. Fairbairn’s Baguazhang teacher (Cui Zhendong/disciple of Yin Fu), represented Shaolin Dragon & Tiger methods in the early 20th century. The system at the time was not labeled as ‘Baguazhang’. Dragon and Tiger symbolism in northern Shaolin styles trace back to General Qi Jiguang and Yu Dayou, renown as the Tiger and Dragon of the Ming Dynasty. The most iconic palm in mainstream Baguazhang is represented by the tiger mouth- the Shaolin stick method is represented by the Dragon… Dragons have significance to the Beiyang New Army towards the later part of Yin Fu’s career. The most prominent feature of the new army saber is the enamel ornament on the shank. The saber distinguishes the ranks of the officers and military ranks with the number of dragons/in the knives/on the knives: senior officers are sorghum Dragon pattern, five dragon claws; intermediate officers are Pingyi dragon pattern, three dragon claws; lower-level officers do not have patterns, no dragon claws. The dragon was the symbol of the imperial power of the Qing Dynasty and the symbol of the emperor. It was hoped that this new army at that time would become an important force for the maintenance of the imperial rule of the Qing Dynasty.  [Yin Style Bagua Dragon System contains officer saber methods, bayonet, cudgel, and restraint/close quarters strategy of Imperial Guards]

Buy the Yin Style Bagua Dragon System – Imperial Power - $13.00 course at the best price at EsyGB. After your purchase, you will get access to the downloads page. You can download all the files associated in your order at here and we will also send a download notification email via your mail.