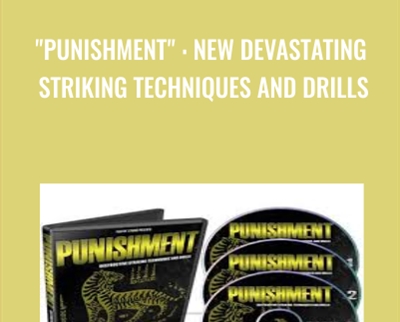 Considered by some to be the best pound for pound Muay Thai fighter in North America, Kevin “The Soul Assassin” Ross is well known American Muay Thai fighter currently ranked #14 in the world by the WBC for Muay Thai in the Super-Lightweight Division.

Buy “PUNISHMENT” : New Devastating Striking Techniques and Drills - $31.00 Course at esyGB. You will have immediate access to the digital downloads in your account or your order email.

Kevin is not just a great fighter, but he is also a great teacher with a down to earth, “easy to follow” style of teaching.

Kevin’s level of expertise is hard to match and now YOU can benefit from his personal instruction.

Cyrus “Black Dynamite” Washington is a veteran Muay Thai fighter from Tiger Muay Thai in Phuket with a ton of experience having fought all around the world.

Cyrus has also served as the striking coach for top MMA fighters like Roger Huerta and Frankie Edgar.

Michael Corley is the former Camp Manager of Fairtex Bangplee, Thailand and a Professional Muay Thai Fighter with over 35 international fights to include Canada, Korea, Cambodia, Malaysia, and competed in the most prestigious venue in the sports home of Thailand, the Lumpinee Stadium in Bangkok.

Robert “Bob” Perez has almost three decades of combative sports experience. He is the head striking coach at 4 oz .Fight Club and has trained over twenty champions.

Originally schooled under Kru Pong of Thailand, Bob is especially Bob is quickly becoming regarded as one of the best striking coaches in MMA. Robert has been selected as Texas MMA trainer of the year on multiple occasions, and has been recognized as Kru by the Sports Authority of Thailand

Here Is A Rundown Of Just Some Of The Material Included In This Course.

You Get All Of This And More In This 3 DVD Set:

Buy the “PUNISHMENT” : New Devastating Striking Techniques and Drills - $31.00 course at the best price at EsyGB. After your purchase, you will get access to the downloads page. You can download all the files associated in your order at here and we will also send a download notification email via your mail.